By ELVIA MALAGON
THE LEDGER
LAKELAND | Katlyn Rickman’s taupe flats lay on the ground at West Beacon Road and Eden Parkway where Lakeland police said she was fatally struck by a school bus Tuesday afternoon.
A bus coming from Southwest Elementary School was turning left from Eden Parkway onto West Beacon Road about 3 p.m. when the Lakeland High School freshman was struck, Lakeland police said.
Rickman, 13, was crossing West Beacon Road from Camphor Drive, police said. There are stop signs at Eden Parkway and Camphor Drive, which are separated by West Beacon Road.
Rickman was airlifted to Tampa General Hospital and died at 4:37 p.m., said Ann Dinges, spokeswoman for the Lakeland Police Department.
Fred Murphy, Polk County School District Assistant Superintendent for Support Services, said none of the 20 to 30 students the bus was transporting from Southwest Elementary School was injured.
Samantha Santiago, 25, of Lakeland, was waiting at a stop sign at the intersection when the accident happened. Santiago, who spoke with police about the accident, said Rickman had been waiting to cross at the intersection for several minutes. As she was crossing the road, Santiago said, the bus struck Rickman.
"There was no way you couldn’t see her," she said.
Santiago said Rickman was run over by the back tires of the bus. Motorists got out of their vehicles to alert the bus driver, she said.
People rushed to help Rickman and contacted her family. Santiago said the teen was responsive as onlookers rushed to her aid.
Lakeland High School Principal Tracy Collins said Rickman was a sweet girl who was well-liked by teachers.
"It’s just tragic," Collins said. "We are obviously devastated for them (her family)."
Collins said Rickman was part of the school’s television production crew that produces the school’s "Naught News" segment.
Rickman’s older brother also attends Lakeland High School.
The bus was driven by Virginia Robinson, 43, who has worked as a substitute driver since August. She has been placed on paid administrative leave until the investigation is completed, Murphy said.
He said Robinson was shaken by the accident.
"She’s extremely upset," he said shortly after the accident. "She’s distraught and her concern is for the young lady."
The speed limit on a stretch of Beacon Road is 15 miles per hour during certain times of the day. Police didn’t know whether the speed limit was enforced during the time of the accident. Police didn’t release how fast the bus was traveling at the time of the accident.
Patrick Blackwelder, 28, of Lakeland, was working at a home nearby when the accident occurred.
"This road is packed with so much traffic," he said.
Collins said the school’s staff will offer students counseling today if needed.
Dinges said police charges or citations are pending the outcome of the accident investigation.
[ Elvia Malagon can be reached at [email protected] or 863-802-7550. Her Twitter is @ledger911. ] 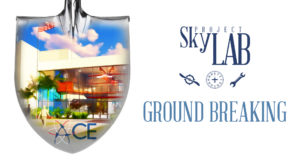