Facebook has redesigned the news feed (again!) and officiallylaunched a ticker in the right-hand side of the screen.

Users have been seeing both of these changes in beta test versions in recent weeks, but today they go live across the site.

While the news feed and ticker at first seem like duplicates of one another, the latter looks like a skinnier version of the former.

The ticker sits on top of the chat feature, and you can move the grey bar separating the two to adjust how much you see of each.

Clicking on anything in the ticker expands it into a fuller-sized version in the space otherwise occupied by the news feed.

The news feed reflects the addition of the recently launched smart friend lists, the subscribe button and the relocated privacy controls on the site; Facebook explains how to use all of them in a new video that we’ve embedded beneath this post.

The feed focuses on the most popular topics among your friends and those you subscribe to; you might see it expand in places where people are commenting, as often as it might scroll down.

The ticker is more current and scrolls down faster than the news feed.

The redesigned news feed also shows larger-sized photos than the previous iteration did, while the ticker consists of only text and links.

Facebook Product Manager Keith Schacht explains that the news feed tries to show you what you want to see — things that have posted since the last time you checked the site, and items from friends pages you prefer over others.

“Through our announcements last week and today we’ve given users a new set of controls so they can tell us what they want to see. You can click on a story and indicate whether you want to see more news from a particular friend. We’ll listen to that feedback and show you that content. This whole set of changes is about not missing important updates,” said Schact in a telephone briefing.

Lest any of us mistake the redesigned news feed and official ticker launch as Facebook giving away the goods before the f8 developers conference this week, Schact said that the company has plenty of other things to announce at the annual event on Thursday.

Of course, users of Facebook will likely grumble about the changed formatting and then decide they like this layout when the next one comes through — that happens every time the site revamps its layouts.

In the mean time, we’ll ask you, dear readers, what you think about the latest version of the news feed and the ticker? 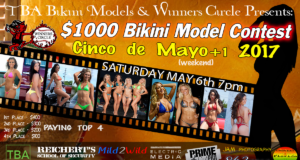