In a recent post on Facebook, Michael “Mykeymike” Zavolas, owner of one of Downtown Lakeland’s only remaining nightlife venues (The Socialite) spoke freely about the city commissions constant push to ensure the college students of Lakeland travel ANYWHERE besides our area for their entertainment and nightlife.

“So the city commission in todays meeting decided it was a good idea to talk about bars in “downtown” not bars in lakeland just downtown.. & what bar was the highlight ? mine of course !! see heres what certain city officials want to do to bars in lakeland per say. They want to make them all 21 & up !! big deal right ? WRONG!! SEE ITS UNCONSTITUTIONAL, which is the main reason why I will never enforce it .. not only is it unconstitutional but theres no way to regulate it ! Other bars downtown sit there and say “we dont let under 21’s in” well I call BS , I know you do (which I dont care) but dont try to look good to the city, when youre doing the same shit I am! In a tweet earlier this morning from @lakelandgov “Sakagawa: you have a number of people that have made investments dwntwn that don’t want to be part of an entertainment district. ‪#‎LKLD‬” .. So im confused wtf do you want downtown to be cause it damn sure isnt a retail district either! Theres a total of what 4 stores to shop at ….See what it completely boils down to here is the city doesn’t want The Socialite, #1 some of them are to damn backwoods bible belt county and think we have whores upstairs, doing coke, & have watched way to many gangster movies. #2 its all bout the good ole boy system “I just don’t like the owner” why cause i speak my mind & tell you to your face I don’t like you! … you wanna talk bout investment ???? I’ve invested my money, my heart, & my soul into my business’s.. thats an investment you cant buy !! So to the certain city officials who don’t like me or my business .. to you I say kiss my ass & karma’s a bitch.”

The post made waves instantly, and had upwards of 50 likes and 30+ comments in a matter of minutes. Now, for some reason, this topic has been at the top of the heap as if there are not bigger things to worry about in the town of Lakeland. Right around the corner at other downtown nightlife hotspots such as: Evolution Records, The Chop Shop, and Preservation Hall, friends and family (almost always of all ages) are welcome to enjoy the nightlife and entertainment provided….but city officials are looking specifically at this one single business. With downtown nightlife thriving on city-wide promoted events like First Fridays & Food Truck Rally’s, and most recently Zombiefest & Santa-Con… all of which were HIGHLY supported by The Socialite owner; it makes us wonder if this local business is simply being targeted out of malice and personal hate. 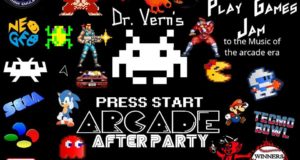 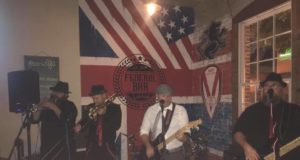 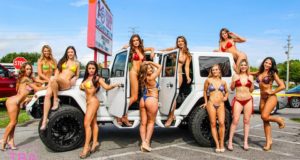 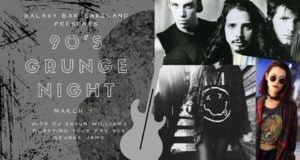 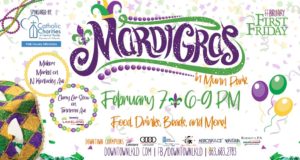