Sink Hole Appears to Have Stabilized in Winter Haven, No Signs of Godzilla

A massive sinkhole appeared to emerge at 6031 Cypress Gardens Blvd. across from Legoland on Thursday. Several worried employees of the Winter Haven Square shopping center were forced to move their cars when large lumps formed throughout the lot. Employees at the center called the property’s ­management company, Swain Realty of Winter Haven, to notify them of the incedent. Police and fire personnel were at the shopping center monitoring the situation and assuring safety to the employees of the multiple businesses in the plaza, which houses Publix as well as a few smaller stores and restaurants. City employees and engineering consultants were at the site in the early part of the day assessing damages and repairs.

By the end of the day Thursday, the sinkhole began to slow, but had closed three shops at the plaza; Rainbow, China Garden and Jade Nail Salon. The mass was estimated to be roughly 70 feet wide and 15 feet deep. A geologist from S.A.F.E., based in South Florida, came to the site and used ground-penetrating radar to survey much of the parking lot. He told the management company there does not appear to be cracking or fracturing in the ground underneath other areas in the parking lot.

Swain Realty stated these businesses are expected to stay closed through the weekend, but to re-open on Monday undamaged.

All that’s left is to see is if  “Godzilla” happens to come out from below the rubble. Stay tuned, Polk County! 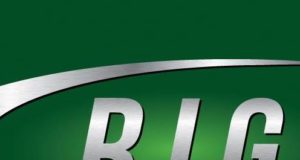